The North American IoT security market was valued at USD 136.56 million in 2017, and it is expected to reach a value of USD 588.31 million by 2023, at a CAGR of 27.56%, over the forecast period (2018-2023). The scope of the report is limited to solutions offered by players, including providers of security for hardware, applications, and data storage.

The increasing adoption of industrial IoT across major manufacturing facilities, coupled with the growing use of IoT in retail and the burgeoning connected car market, has driven the adoption of cloud-based systems and increased the number of end-point devices. However, these have led to greater vulnerabilities in the systems, leading to increasing cyberattacks and breaches. And thus, have been the primary factors in driving the adoption of IoT security solutions in the region.

Healthcare to Witness the Greatest Adoption

With IoT drifting towards healthcare, and data from devices flows from patients’ wrist to physicians’ charts, the Food and Drug Administration (FDA) is keeping up the pace with the fast-evolving technologies. From EHRs (Electronic Health Records) to population health management, security solutions are the core for organizations to collect, circulate and utilize data and information across their ecosystem. Electronic Protected Health Information (ePHI) is the top priority for IT departments, specifically because of the U.S. Department of Health and Human Services Security Rule. Patient authentication is essential in IoT paradigm because it ensures to generate correct information and shared with the correct patient. One-to-one link between patients and their medical records is created for patient identification. Providers with integration of devices will become part of the credential set for patients, which requires a secure enrolment process to bind devices to patient identities. Thus, the healthcare institutions are increasingly adopting the five key functions of security—IAM, encryption, application security, and network security — across many possible end point devices and channels involved within the firm architecture. 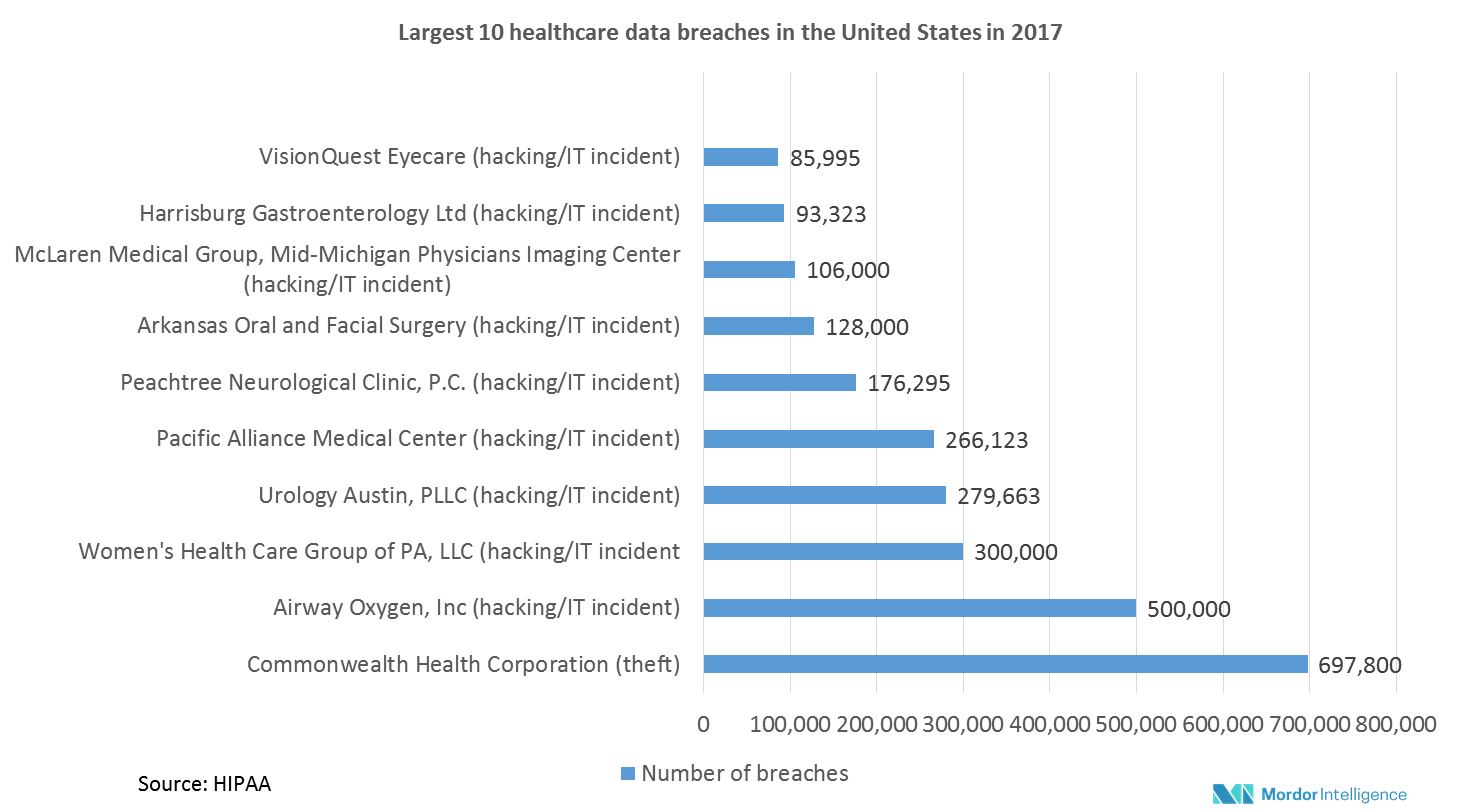 North America has made significant progress in the adoption of IoT, particularly in the manufacturing and automotive sectors. However, the increasing number of data breaches has led to the demand for IoT security solutions. Cloud services are experiencing high adoption, due to the demand for IoT. This rise in the use of cloud systems, across various verticals, has increased the vulnerabilities of these systems to data breaches. According to Kaspersky, in 2017, the average cost of a data breach in North America is USD 1.3 million for large enterprises and USD 117,000 for small and medium-sized businesses (SMBs). These factors are expected to be instrumental in driving the growth of the North American IoT security market. 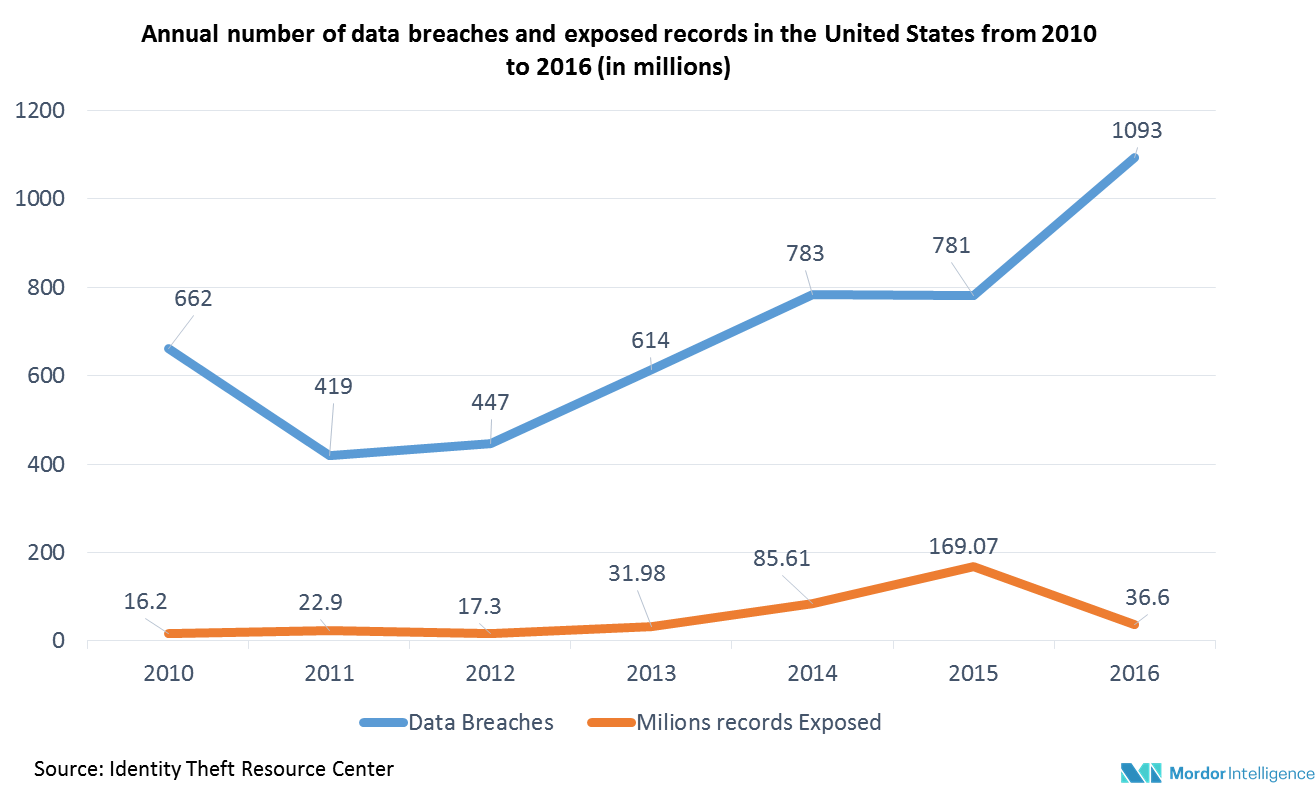 With rapid adoption of IoT, the demand for strict regulations and security packages to protect confidential data across different verticals, such as government, banking, retail, manufacturing, among others, is increasing, and is expected to drive the growth of the end-point security market. Further, the growing adoption of various cloud applications, with the deployment of IoT, leads to many organizations opting for cloud security solutions. According to The Center for Strategic and International Studies (CSIS), a United States based think tank, cybercrimes lead to an annual loss of more than USD 445 billion, globally. Some of the other major statistics from the same think tank states – 40 million US citizens lost their personal data to hackers, 54 million people were affected by the same in Turkey, 16 million in Germany and more than 20 million in China. These cyberattacks have pushed endpoint security vendors to come up with newer perspectives to deal with increasing security threats to their IoT devices.