The Asia-Pacific diabetes care devices market is expected to register a CAGR of about 7.8% during 2018-2023 (the forecast period). China is anticipated to dominate the market during the forecast period, due to the presence of huge diabetic patient pool in the region.

In India, approximately 10% of the population avails health insurance coverage and over 80% of the healthcare costs are out-of-pocket expenses.

Device manufacturers should be aware of the coverage limits and demographics while pricing their products, in order to capture the largest possible market share. For mature medical products, such as heart valves, stents etc., the coverage has been determined and the data is available for insurers. However, to develop new products, like glucose meters and diabetes devices, the coverage has not been established. Therefore, these products are available only to a limited people. Thus, a lack of reimbursement policies and high cost associated with diabetes care devices, in developing countries of Asia-Pacific, are likely to impede the market growth.

China is dominating the Asia-Pacific diabetes care devices market. The growth of the Chinese market can be attributed to the factors like rapid urbanization, high calorie diet, and physical inactivity, which are the major reasons for the high prevalence of diabetes in China. India is anticipated to grow tremendously during the forecast period. The growing prevalence of diabetes, rising awareness about diseases, changing food habits, and a rise in disposable incomes in the country are likely to augment the growth of the Indian diabetes care devices market. 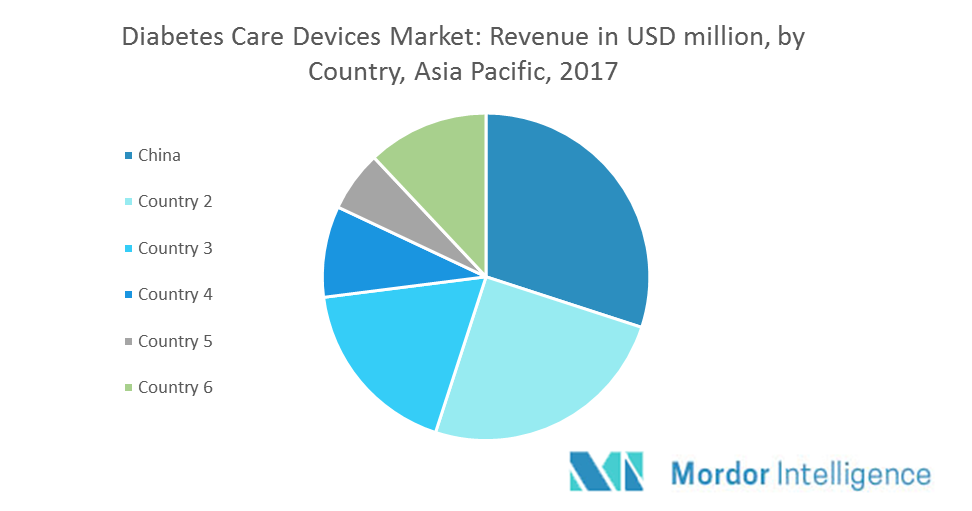