The Global Styrenic Block Copolymers Market is expected to register a moderate CAGR during the forecast period (2018-2023). Styrenic block copolymers (SBCs) belong to the thermoplastic elastomer (TPE) family of products, and are used in various end-use industries. By application, asphalt modification for paving and roofing is expected to dominate the market during the forecast period followed by footwear in Asia-Pacific region.

SBCs are used extensively in the footwear industry. The footwear industry is growing at a steady rate of 3.6% on yearly basis. Improving economic conditions in the United States and European countries, coupled with economic growth from developing nations is fuelling the demand of footwear consumption. Additionally, flourishing retail e-commerce sector worldwide, growing enthusiasm & awareness regarding health benefits of sports & fitness activities, and rising levels of disposable income of consumers are further propelling the growth of the market. Other major factors that are influencing the growth of footwear industry are smart concepts, such as connected fabrics and material innovations for leather alternatives. All such factors are increasing the demand for SBC in the footwear industry.

Usage in Polymer Modification Industry is expected to Increase

Use of SBC has been increasing in asphalt (bitumen) modification. The product is intended for polymer-bitumen binders (PBB) used for road construction, for waterproofing and mastics materials. The improved compatibility of PBB components qualitatively influences properties of the obtained PBBs, which in turn positively influences final properties of road pavements. Beside this, increasing use of advanced materials in building & construction to meet structural specifications, such as lightweight and strength, is a key factor propelling the use of polymer modified bitumen and high-performance plastics. Since, SBCs are good reinforcement agents compared to traditional methods, the usage of these materials are expected to increase in polymer modification industry is expected to increase during the forecasting period.

China is the world’s largest consumer and producer of SBCs. Its major trading nations are the United States (imports) and Taiwan (exports). Over the past few years, United States has significantly increased its imports from South Korea (mainly SBS), and Taiwan has increased its exports to China. Ministry of Transport of the People’s Republic of China’s has initiated a new policy that requires the use of pavement-modifying materials in the construction of provincial highways. In addition, the domestic infrastructure policy adoption of “One Belt, One Road” in China is also further promoting the use of SBC in asphalt modification. Asphalt modification in China is expected to be one of the main driving force for total SBC consumption across the globe. 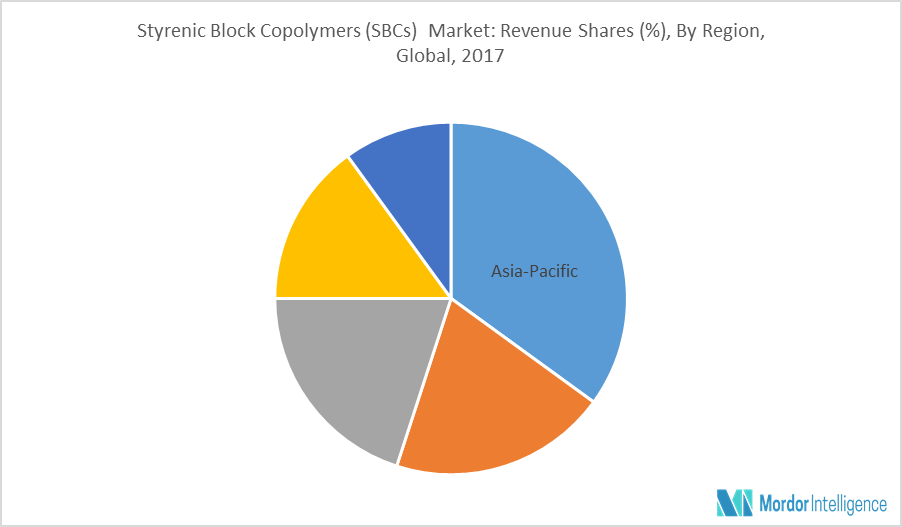 This report can be customized to meet your requirements. Please connect with our representative, who will ensure you get a report that suits your needs