In 2016, North America accounted for one-fifth of the global oil production and one-fourth of global gas production. The drilling activity in the region had witnessed significant growth during 2016-2017, i.e., after the stability in oil prices. During the forecast period, the oil & gas drilling and production activities are expected to increase significantly, owing lower breakeven oil prices, change in the policy of major oil producing countries in the region, and recovery in oil prices, which, in turn, is expected to drive the wireline services market.

Increasing Exploration and Production Activities to Drive the Market 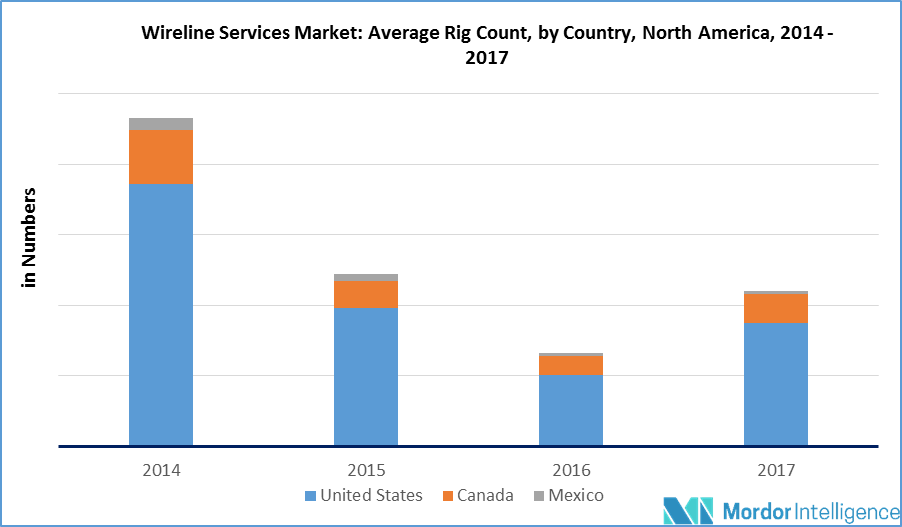 During 2014-17, the shale oil breakeven price in the United States dropped by more than 50%. The offshore oil production breakeven prices had also dropped significantly. The oil production from its two most prominent fields, Permian Basin of Texas and Gulf of Mexico, had registered a CAGR of about 13.5% during the 2014-17 period. With stability in oil prices, decreasing breakeven oil prices, and government policy to allow the exploration & production in the US waters, the oil & gas drilling and production activity is expected to increase significantly, which, in turn, is expected to support significant growth of the US market.