PET polymer is also known as reactor-grade polyester or PET melt-phase resin, which is widely used for producing polyester films & fibers, and solid-state bottle-grade resins. PET engineering resins are produced not only from melt-phase PET, but also from recycled postconsumer and postindustrial materials. Whereas, PBT is a thermoplastic engineering polymer which is used as an insulator in the electrical & electronics industry. PBT demand has also been increasing from the automotive industry for substituting replaceable metal parts owing to rising demand for lightweight vehicles. Besides this, PBT fiber is also used in toothbrushes, false eyelashes, etc. The increasing demand for PET polymer for use in packaging of products, such as food, beverages, cosmetic, pharmaceuticals, household chemicals and toiletries; producing both food and non-food films; production of credit & debit cards; etc. is further driving the demand for DMT for producing PET polymer. Besides this, the increasing production of automotive parts; and electrical and electronic devices, such as computers, keyboards, etc., is increasing the demand for PBT, which is further increasing demand for DMT to produce PBT polymer.

PET serves as a Major Application

Asia-Pacific is expected to dominate the market during the forecast period. Along with this, the region is also projected to witness highest growth, owing to the strong economic growth, increasing industrial output and investment attractiveness of the region. Investment attractive emerging economies, like China, India, Indonesia, etc. in the region, along with Japan, and the increasing output in various end-user industries, such as automotive, electrical & electronics, food & beverage, and pharmaceutical industry has been substantially adding to the demand for PET and PBT. Thus, with the increasing demand for such polymers, DMT demand is projected to witness strong growth in the region during the forecast period. 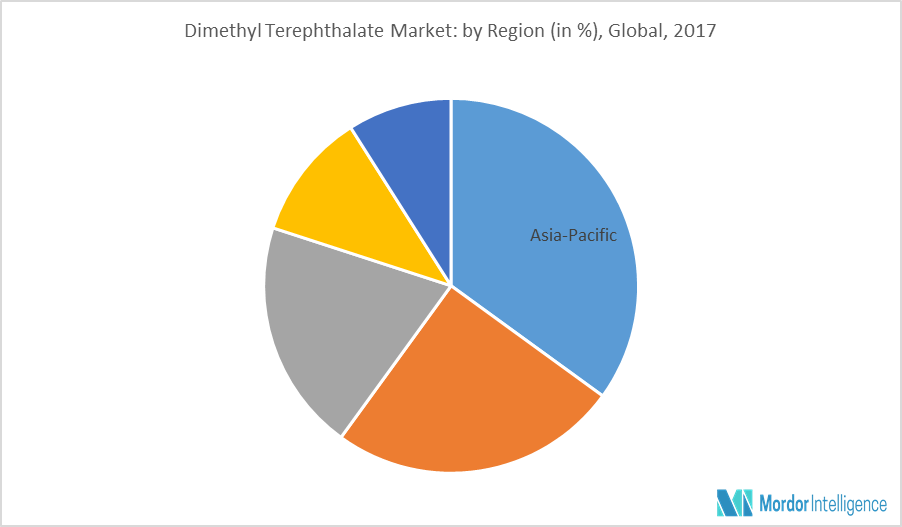