Chinese Automotive Industry to Cut Down on Conventional Fuel Emissions

Eight of the world’s largest automobile manufacturers have plans to commercialize Fuel Cell Vehicles (FCVs) by 2025. With the recent Volkswagen emissions scandal, China has made efforts to promote fuel cell technology in automobiles. In 2015, it initiated an agenda to produce 333 fuel cell-based buses and cars in the country to cut down on the conventional fuel emissions. China’s 13th five-year plan is going to have a great impact on fuel cells as it focuses on clean energy and technology.

Asia-Pacific registered the highest market share, followed closely by Europe and North America. Hydrogen market, a segment of fuel cell market, has great potential as compared to biogas, natural gas, methanol, and hydrocarbons. The automotive fuel cell market is in the midst of a revolutionary development that reduces the cost of infrastructure and other resources. This report provides a look into the recent developments in the automotive fuel cell market and its growth prospects. Toyota’s “Mirai” is the first fuel cell vehicle to enter the commercial market. 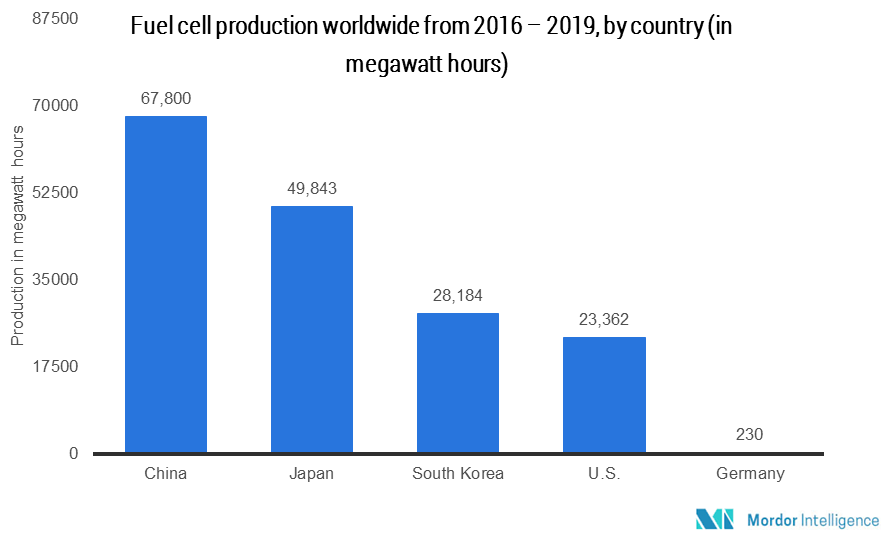 Some of the key players in the market are Ballard, Ceramic Fuel Cells, Delphi, Doosan Fuel Cells, Hydrogenics, and Nedstack.

February 2018: Hyundai's Fuel cell vehicle NEXO displays what the future of driving could be like.

This report can be customized to meet the desired requirements. Please connect with our analyst, who will ensure that you get a report that suits your needs.