Rise in the Number of Surgeries

According to a global survey which was conducted in 2010, India ranked as one of the top five nations for cosmetic, surgical, and non-surgical procedures, and according to the International Society of Aesthetic Plastic Surgery, cosmetic surgery is getting popular in countries with emerging economies, such as India and China. The overall increase in the number of surgeries performed has a strong impact on the anesthetics market since they are used in all surgical procedures to reduce the pain experienced during surgery. Along with the rise in surgeries, other factors like the emergence of new anesthetic drugs, etc., are driving the market.

Side Effects of General Anesthesia

General anesthetic drugs cause several side-effects, including nausea, vomiting, dry mouth, sore throat, shivering, muscle aches, disorientation, itching, sleepiness, and mild hoarseness. More serious complications of the drug include delirium, cognitive dysfunction, and malignant hyperthermia. General anesthetic drugs can cause physiological changes, such as blood pressure variations which require a trained anesthesiologist to monitor the patient’s blood pressure levels continuously and might have to provide blood pressure medications. Carelessness or lack of knowledge of the anesthesiologist could pose potential risks. Hence, the side-effects of general anesthesia and patient’s reluctance towards using it are restraining the segment growth. The other factors, such as lack of skilled anesthetics and regulatory issues, are also restraining the market growth. 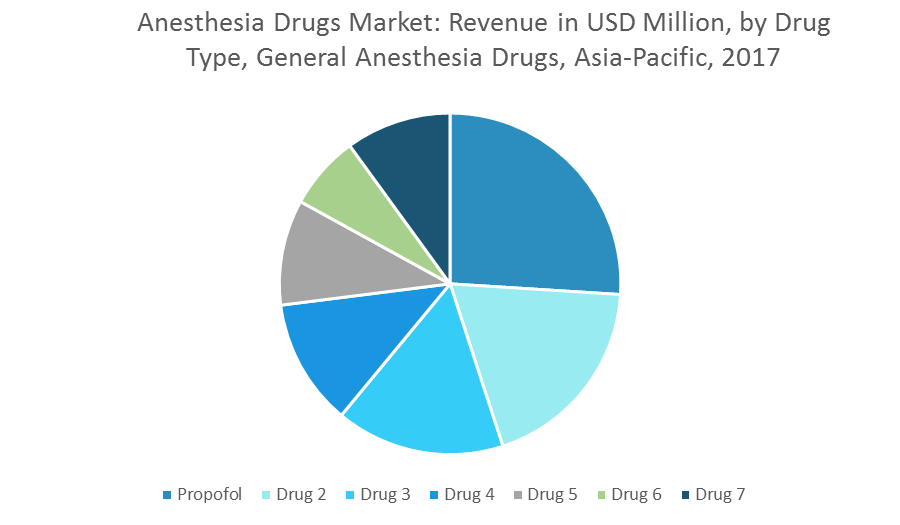