Though the overall agricultural machinery in the United States witnessed a slump over the past two years, the demand for small and large tractors was decent enough. During the first three months of 2016 alone, the retail sales of tractors surpassed the forecasted figures by more than 40. During March 2016, over 7,350 small tractors were sold in the United States, while the shipments exceeded the 11,800 mark. In the light of technological innovations and anticipated replacement demand, though the market for big tractors is stable now, it is expected to pick up pace over the coming two years. The growth in the market for small and big tractors will allow the farmers to employ better planting and agricultural machinery, in turn, driving the market for planting and agricultural machinery in the United States. 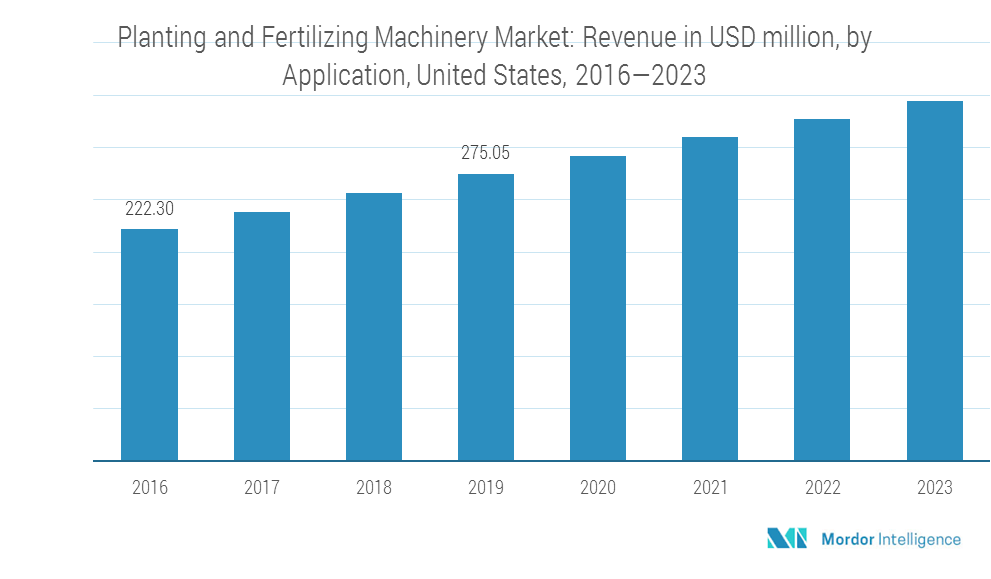 Global positioning systems, computer-based sensors, actuators, machine vision, and laser-based sensors are incorporated into mobile robots to configure autonomous systems into agricultural tasks. In modern farming, fleet robots are used to accomplish one or several agricultural tasks. The system involves digitally connected robot farmhands, drones, satellite communication, ground-based sensors, and data centers. Integration of robotic and GPS systems into agricultural machinery is considered as the future of the industry, as it has become part of site-specific precision farming. The demand for increased productivity, increased efficiency of machinery, and lack of sufficient labor have created the need for robotics and GPS into agricultural machinery industry.

Currently, companies like Monsanto and John Deere are working on innovative technologies to improve observation, intervention, analytical, and data storage in agriculture. The tough competition and the companies’ own R&D focus on UAVs for planting and fertilizing purposes could lay the growth platform for the former market over the coming five years in the United States.