Additionally, greater use of combination therapies for the treatment of ovarian cancer, increasing population of aged women, and increase in healthcare expenditure in developing countries are fueling the growth of the Middle East & African ovarian cancer diagnostics and therapeutics market.

GCC to Dominate the Market 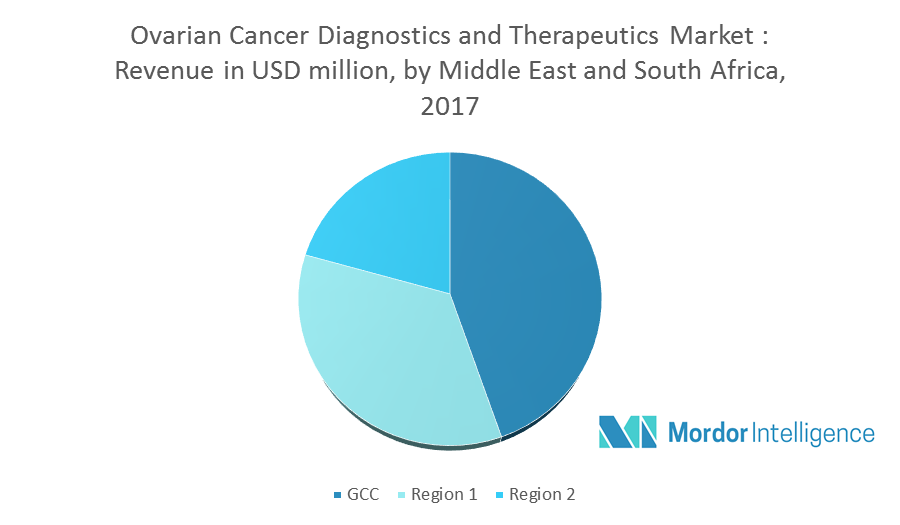