As boiler water treatment chemicals are used for optimum maintenance of equipment, the investment costs and maintenance costs can be brought down significantly. In absence of these chemicals, water damages the equipment and leads to fouling in a short span of time. This fouling can cause damage and if neglected, results in the failure of the equipment. In a majority of the industries, water is pretreated with resins and chemicals, like chlorine to make them suitable for use in boiler equipment. Usage of apt boiler water chemicals leads to lower maintenance costs. Heat exchange equipment is designed to withstand the conditions exceeding the specifications. They help to lower the total cost of ownership, which is expected to significantly drive the boiling water treatment chemicals market.

By type, scale inhibitors dominated the Europe boiler water treatment chemicals market in 2017. During boiler water operation at industrial plants, the pipelines accumulate scale on their walls. These scales if remain untreated can cause overheating, reduced efficiency in heat transfer, tube failures and restrict circulation, which in turn will reduce the reliability on the boiler water system. To avoid such a situation, scale inhibitors are widely used in various industries such as oil & gas, power generation, textile, and food processing. As the end-user industries continue to grow, coupled with increasing focus to treat water before releasing is expected to drive the market for scale inhibitors through the forecast period in Europe region. 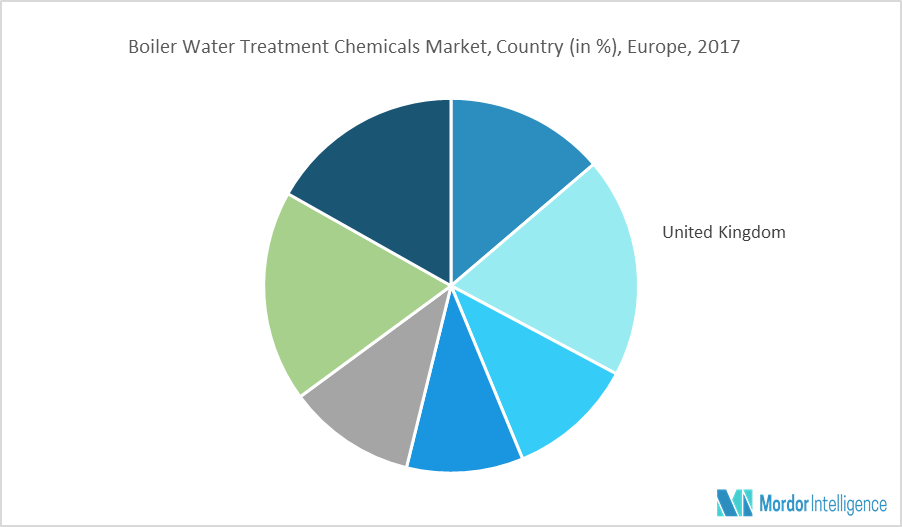 Reason to Purchase this Report