The power metering market is driven by the increasing urbanization across several developing countries. Owing to energy saving benefits, smart grid program in countries, such as China, India, the United States, the United Kingdom, Japan, South Korea, and others, have boosted the market studied. Sub-Saharan African countries are also witnessing significant urbanization and electrification rates.

The smart grid market is maturing. In 2016, the utilities invested for the deployment of smart meters were worth more than USD 10 billion, pushing the total number of installations to 700 million. More than half of the deployment was recorded in China. Both developing and developed economies, such as China, India, and the United States, have introduced their smart grid plans to meet the increasing electricity demand, reduce the transmission and distribution losses (especially in Asia-Pacific), and establish a two-way communication to manage the consumption trend. As a result, the smart grid deployment programs are expected to drive the demand for smart meters.

Asia-Pacific to be the Largest Segment

Asia-Pacific is expected to be the largest segment for power meter, owing to the urbanization in India and China. Over the last few years, China has been one of the leaders in terms of deploying power meters, due to the increasing urbanization and growing service sector. The real estate sector in India is experiencing significant growth, accompanied by booming urban and semi-urban accommodations, increasing corporate environment, and demand for office space. The Indian real estate market is expected to grow by 40% during 2015 to 2020, thus creating a significant demand for power meter in the infrastructure sector. Due to urbanization and increasing access to electricity for the populace, small regions, like Sub-Saharan Africa, are also expected to witness significant demand. 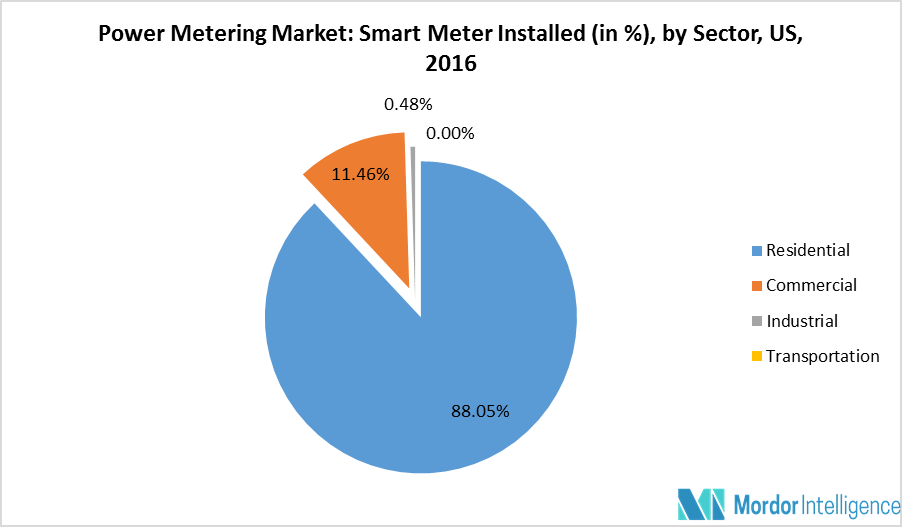 The United States is one of the Largest Segments

The United States is not focusing on the generation of electricity, as consumption patterns have not altered much. Instead, the country emphasizes on the deployment of smart grid solutions. Electric companies have installed 65 million smart meters, covering more than 50% of the total US households, by 2015. Deployment reached approximately 70 million smart meters by the end of 2016 and is projected to reach 90 million by 2020. If smart grids are fully deployed across the United States, the country expects to save USD 130 billion annually, by 2019. Further, Canada, with a 100% electrification rate, has installed smart meters across about 70% of the country.