United States is the Largest Importer

The United States is the world’s largest importer of coffee, it imported of 1.5 million metric ton of coffee in 2016, which was worth USD 5.74 billion. Some of the important importing countries of US coffee are Brazil, Colombia, Ethiopia, and Vietnam. In 2015, the United States imported about 30% of its coffee from Brazil, 21% from Colombia, and 13% from Vietnam. Furthermore, most of the coffee imports in the country are in the form of green coffee beans. 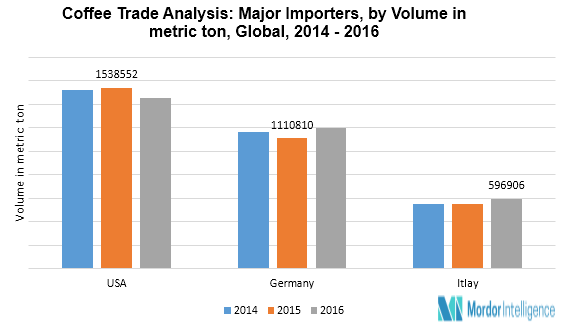