Parking assist system is one of the prominent ADAS types, which has become a standard feature in most of the new vehicles. It enjoyed the major share, of 23.15%, of the market in 2016. ASEAN NCAP and Bharat NCAP are likely to make advanced/ automatic emergency braking (AEB) system a standard feature in all new vehicles by 2018. Hence, AEB is expected to grow at a higher CAGR of 25.28% during the forecast period.

Penetration of ADAS in Passenger Cars

Due to the increase in regulations on ADAS requirements, like mandatory installation of parking system assistance in all cars in China, India, the United States, and etc., the automakers are making efforts to include these features in most of their cars. The ADAS features, which were only available in premium cars, are now being brought to other car segments as well. These systems are being offered as optional equipment in cars other than the high-end vehicles. These features are being included in commercial vehicles as well

Globally, around 80% of the passenger vehicles and commercial vehicles are featured with ADAS system. The Asia-Pacific is also experiencing similar trends with regards to the penetration of ADAS in the vehicle's market. The reason for customers choosing cars with ADAS is the increased safety and ease of driving these systems offer. Hyundai, the Korean automaker, recently stated that up to 50% of its new sales include some or the other variants of these features. Because of the regulations for cars to have these features and the demand for vehicles with ADAS, the automakers are adopting the ADAS features more rigorously and the market for the automotive ADAS is estimated to grow tremendously.

High Price Association hinders the growth of the Market

The ADAS features help in various ways, though the high cost of the equipment remains a restraining factor. Apart from the features mandated by the government regulations, the growth of other features has remained static.

The equipment like rear-view video systems that are mandated by the government has seen a positive growth rate with a decline in prices. The price of rear-view video systems, which were at around USD 800 in 2010, has come down to nearly USD 500 in 2015. The price is expected to decrease further in the coming years. With the increasing government regulations on mandatory ADAS features, an increase in the ADAS market along with the decrease in prices of the individual instruments is expected. 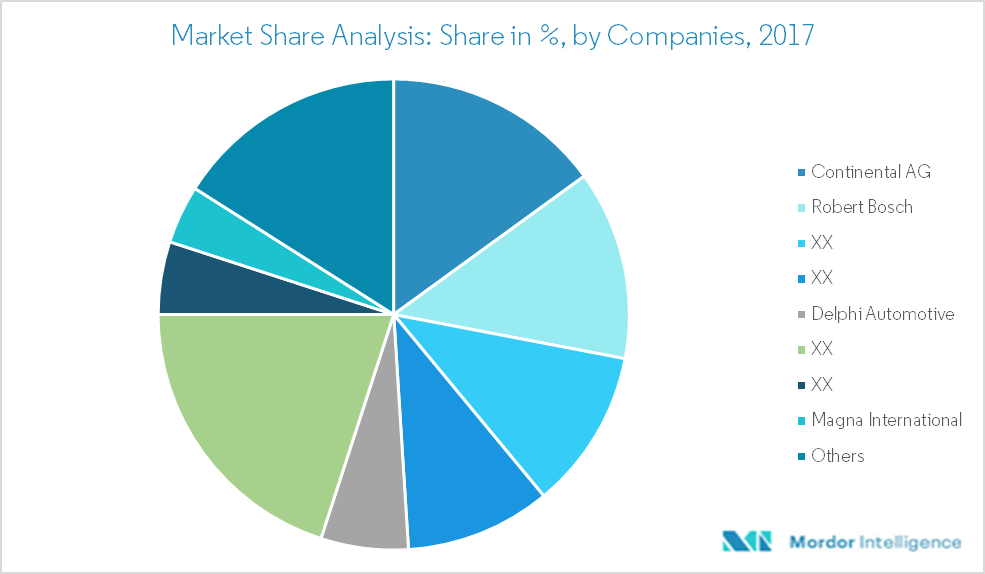 This report can be customized to meet your requirements. Please connect with our analyst, who will ensure you get a report that suits your needs.

9. FUTURE OF THE MARKET