According to IATA, in 2016, airlines transported 52 million metric tons of goods, representing more than 35% of global trade by value. On average, cargo business generates 9% of airline revenues, representing more than twice the revenues from the first class segment. This increased growth has been fraught with security risks. Since the Yemen printer cartridge plot in 2010, the security of the air cargo supply chain has been under increased scrutiny. Governments have increased their oversight and often require enhanced advance information about cargo transported, and/or have introduced 100% screening requirements for cargo shipments.

The demand for air cargo screening systems is expected to rise over the forecast period, owing to the growing fleet of e-commerce, which is seen as a future growth driver for the air cargo industry, as online shopping boosts the demand for parcel delivery services worldwide. 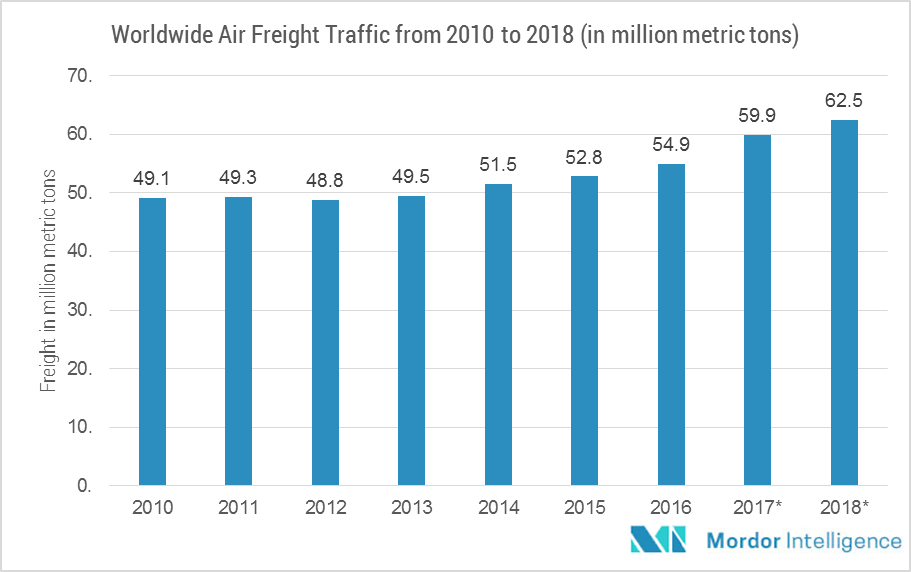 Asia-Pacific to Dominate the Market Growth

Asia-Pacific is the largest market for screening systems and is expected to increase its global market share, over the forecast period. Further, the growth in the region owes to the rising cargo traffic and improving infrastructure, especially, in the emerging economies, such as India, China, and Indonesia. Africa, currently a small region for the market, is anticipated to record higher growth rates (of more than 8%), by 2021, and emerge as an important aviation hub in the future.

The global air cargo screening systems market is expected to register a CAGR close to 5% during the forecast period, 2018 to 2023. Asia-Pacific accounted for the largest market, accounting for around one-third of the global market share in 2017.

This report can be customized to meet your requirements. Please connect with our analyst, who will ensure you get a report that suits your needs.