The window films market is expected to register a moderately high growth rate during the forecast period, 2018-2023. In 2017, Asia-Pacific dominated the global window films market owing to increasing demand from the automotive and construction industry.

Window films are highly used in the automotive industry due to their increased privacy, excessive heat resistivity, UV resistivity, and security purposes amongst others. Growing automotive production primarily in Asia-Pacific and European countries is expected to drive the market. The global automotive production increased by 2.4% in 2017, with further growth expected in years to come. Such positive growth is expected to drive the market through the forecast period. 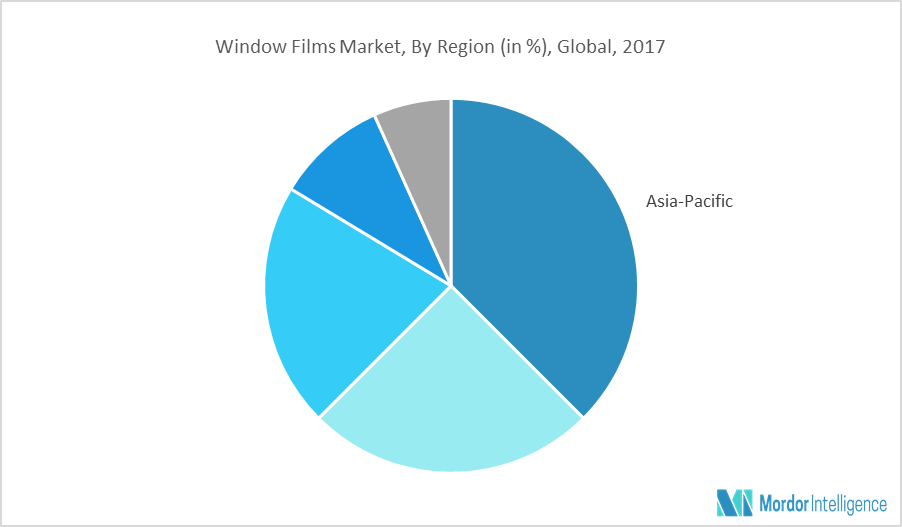