The South America mining chemical market was estimated to be USD 429.23 million in 2017. The market is expected to register a CAGR of 3.1% during 2018 to 2023 (the forecast period). Brazil is to lead the market, due to the presence of rich reserves of important metals, such as bauxite (Aluminum), iron ore, niobium, and nickel.

Specialty chemicals are used in almost all the steps in the mining process. The mining industry has witnessed shifts in its production techniques, from tunneling to open pit mining, which has made it possible to mine ores of declining grades, and decrease overall costs. In addition, specialty chemicals are also used in the later stages of the production chain, like smelting, refining, manufacturing, and commodity trading.

Brazil dominates the region’s mining, whereas Chile, due to its copper mines, is one of the most significant producers of mined metals in the region.

Currently, flotation is a significant separation technique, with its applications varying from selective separation of minerals to microorganisms, and even ions. During and after the process, some amine compounds break down into nitrates and seep into the ground, to pollute groundwater. Moreover, in smelters, there is a chance of leakage of toxic gases, and the presence of toxic metals in the released stream, which threaten the contamination of run-off sites.

Brazil to Dominate the Market in the Region through 2023

Brazil has rich reserves of important metals, such as bauxite (aluminum), iron ore, niobium, and nickel. Brazil is also a leading producer of precious metals, such as gold. Mineral products and mining account for 2% of Brazil’s GDP. The increasing government initiatives to improve economic conditions in the country, primarily drive the Brazilian mining industry.

Furthermore, Brazil is also one of the leading steel producers of the world. The Brazilian steel industry uses the latest technologies in steel production. 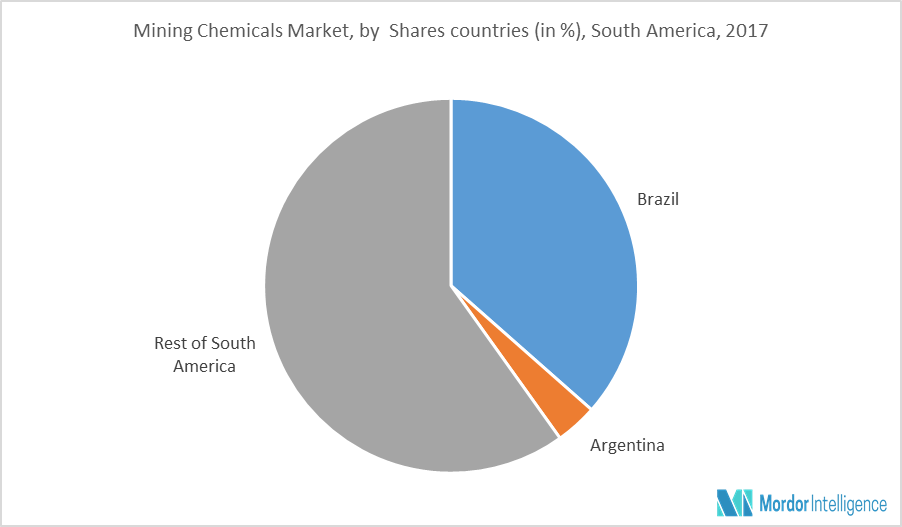