The North America soybean seed treatment market is estimated to witness a robust growth during the forecast period (2018 – 2023). The US is the largest producer of soybean in the world. Canada is another major producer of soybeans and was estimated to be the seventh-largest producer in the world in 2017. Seedling diseases, like Phytophthora and Pythium, are the major threats to soybean in the US, therefore, seed treatment forms a major part of soybean cultivation in the country.

Increasing Production in the US 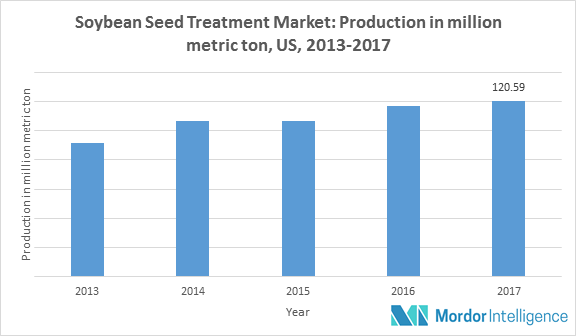 Usage of Neonicotinoids in Soybeans