The global glass prepreg market is expected to witness a CAGR of 7.45% during the forecast period of 2018–2023, driven by the rising demand for airplanes in the Asia-Pacific region. The growing usage of glass prepreg as an asbestos substitute is also likely to stimulate the market.

The global airline passenger traffic is expected to grow at 4.8% year-on-year. As the aviation industry grows, it is likely to drive the demand for airplanes. By 2035, China’s domestic air traffic is expected to overtake North America’s traffic to become the world’s largest. Asia-Pacific alone is expecting the demand of around 15,130 new airplanes till 2035, thereby contributing about 40% of the world’s airplane demand. As glass prepreg is a cost-effective solution to their metal counterparts, it is likely that increasing demand for airplanes will stimulate the glass prepreg market over the coming years.

The global glass prepreg market, based on the end-user industry, can be broadly segmented into aerospace and defense, automotive, wind turbine, sports and leisure, and others. The aerospace and defense industry is expected to dominate the glass prepreg market, owing to increased demand of airplanes across Asia-Pacific and the Middle-East & Africa regions. Glass fiber reinforced plastic (GFRP) finds extensive use in aviation industry where lightness is important. The new agreements and construction plans in Asia-Pacific are coming up to meet the growing demand for travel. In May 2017, the United States aircraft giant, Boeing, had started to build its first overseas factory in China aiming to deliver 100 Boeing 737 planes per year. It is likely to start delivering planes by the end of March 2018.

The market, based on the geographic area, is segmented into Asia-Pacific, North America, Europe, South America, and the Middle East & Africa. In terms of consumption in 2017, North America held a significant market share, followed by Asia-Pacific and Europe. Asia-Pacific is expected to be an emerging market during the forecast period with the increase in automotive and airplanes manufacturing activities in China, India, and ASEAN countries. Middle-East & Africa is expected to have a significant growth rate, owing to increasing investments in wind power projects. 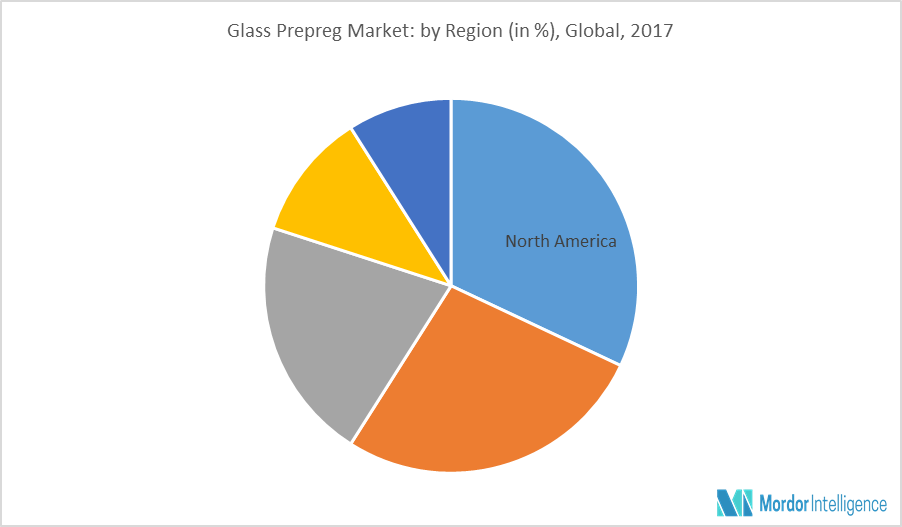 Reason to Purchase the Report