The Europe mining chemicals market was estimated to be USD 471.59 million in 2017. The market is expected to register a CAGR of 1.81% during 2018 to 2023 (the forecast period). Germany is expected to lead the market, followed by the United Kingdom.

Specialty chemicals are used in almost all the steps in the mining process. The mining industry has witnessed shifts in its production techniques, from tunneling to open pit mining, which has made it possible to mine ores of declining grades, and decrease the overall costs. In addition, specialty chemicals are also used in the later stages of production chain, like smelting, refining, manufacturing, and commodity trading.

Germany to Dominate the Market in the Region Through 2023

Every year, around 800 million metric ton of products are mined in Germany, out of which sand and gravel, crushed rock, and lignite constitute the main part. The number of gravel and sand mining sites in Germany amount to more than 2,200 quarries, with a total annually production of nearly 500Mt. The turnover of the industry was EUR 3.2 billion in 2014. The country also fares well when ranked for various minerals’ production. With increasing mining activity in the country, companies increasingly use mining chemicals to follow with the standards laid down by the European government, which will drive the market for mining chemicals in Germany through 2021. 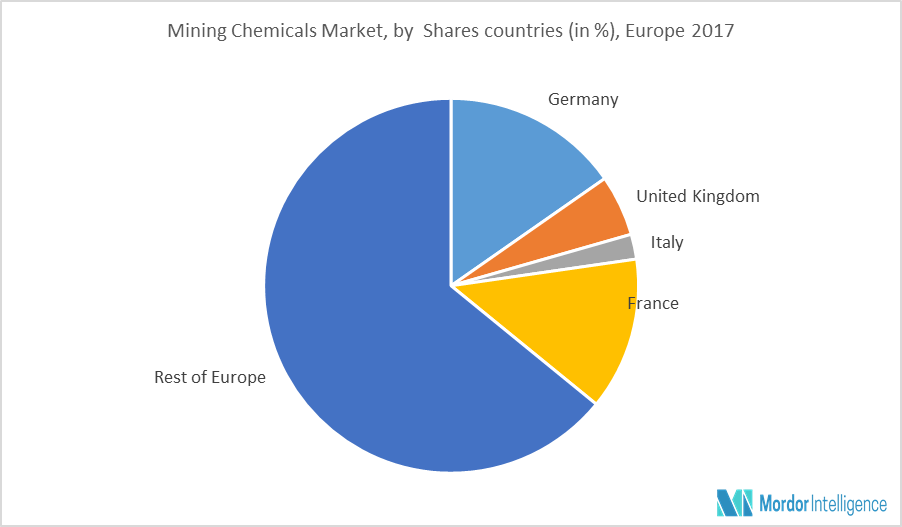