The fall in commodity prices had a ripple effect on the global drilling services industry, as well as across the oil & gas value chain. However, Middle Eastern markets were mostly unchanged and remained positive during the downturn, whereas the E&P companies augmented their capital spending in exploration, production, and drilling activities. With the recovery in oil prices and investment plans from major oil & gas operators in the region, the wireline services market is expected to register significant growth. 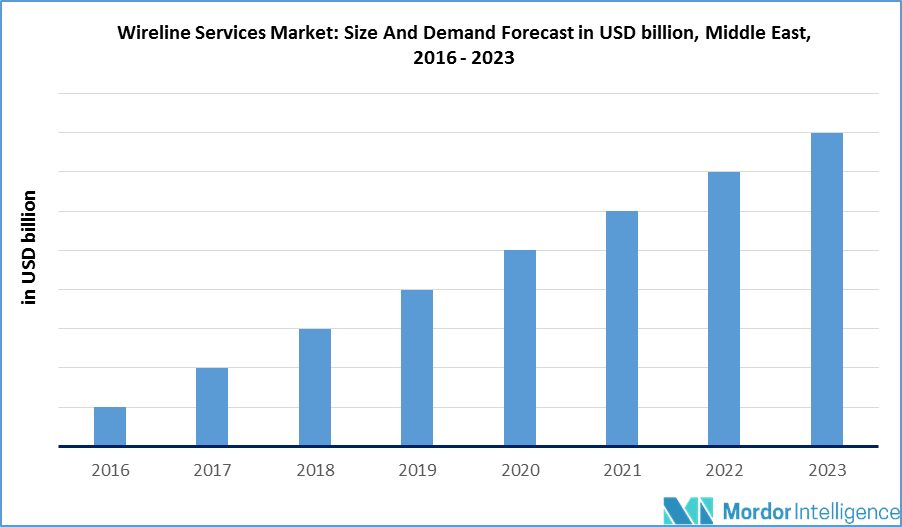 Rise in Investments to Drive the Market

Despite oversupply and concerns regarding lower crude prices, the Middle Eastern oil & gas industry is expected to witness substantial investments. Saudi Aramco announced plans to invest more than USD 300 billion to reinforce its pre-eminent position in the oil industry, maintain spare oil production capacity, and pursue exploration and production programs centering on conventional and unconventional gas resources. The company has also highlighted its plans to double the production of natural gas to 23 BCFPD over the coming decade. In July 2017, a French oil company invested USD 1 billion in Iran to develop the 11th phase of the South Pars Gas Field. The other partners in this project are the China National Petroleum Corporation and the Iranian company Petropars. The total investment for the project is estimated to be around USD 4.8 billion. In 2016, Omani oil & gas exploration activities witnessed an OMR 3.5 billion direct foreign investment. State-held, Oman Oil Company plans to invest USD 1 billion in developing various upstream and downstream projects in the country. Oman’s oil exploration and production company, Petroleum Development Oman, has achieved notable progress in developing the Bahja-Rima cluster oilfield, thereby, targeting production capacity of 94,000 bpd by 2021. The growing investments in the oil & gas industry are expected to drive the market during the forecast period.

Increasing Number Projects to Drive the Market in Kuwait

Kuwait is one of the major oil & gas producers in the Middle East, with more than 6% of the global crude oil reserves. The economy of the country is highly dependent on crude oil exports, and accounts for over half of the GDP and 94% of export revenues. The drop in global crude oil prices have hampered the Kuwaiti economy, and it has witnessed a decline, due to reduced profits from crude oil exports. The Government of Kuwait, through its National Development Plan in 2015, announced that it will spend USD 155 billion on 523 projects in the country, between 2015 and 2020. The development of oil & gas projects is expected to drive the market during the forecast period.