In 2017, the Europe chromatography resins market was valued at USD 543.8 million. The market is expected to register a CAGR of about 5.32% during 2018-2023 (the forecast period). As of 2017, Germany held the largest market and accounted for a share of around 24%, while Switzerland is estimated to record the fastest CAGR over the forecast period (2018-2023).

The pharmaceutical industry holds the largest market share for the chromatography resins market hence, the worldwide fluctuations in the pharmaceutical industry directly affect the demand for chromatography resins. In this industry, chromatography resins are used for a wide variety of applications, including separation of chemical biomolecules, drug delivery, protein purification, diagnostics etc. With the increasing number of diseases, like AIDS, and cancer research, and the discovery of new viruses and bacteria, industries have called for the development of newer molecular entities (NMEs) and have increased their R&D spending on medicines. With the rising critical diseases across the world, monoclonal antibody therapeutics is quickly gaining importance, which is directly employing the use of chromatography resins.

Water and Environmental Analysis to Expand at the Fastest Rate 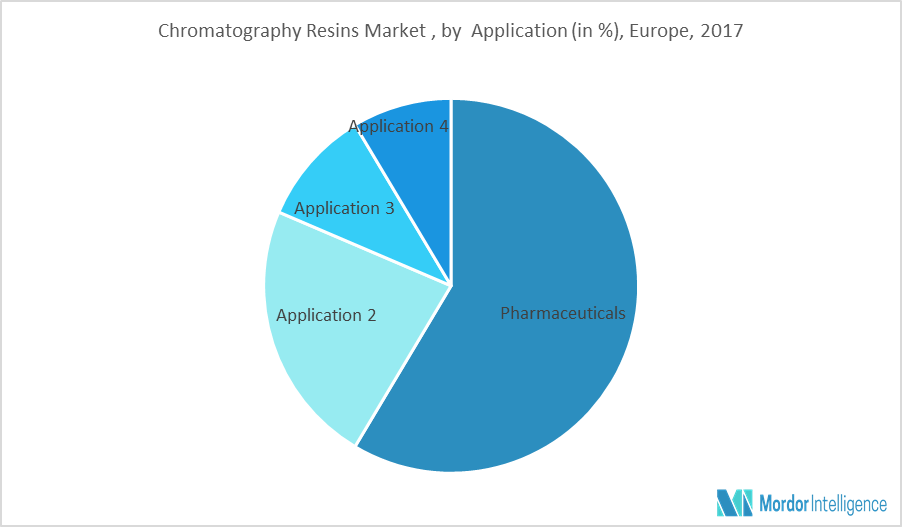