According to the World Health Organization (WHO), more than 6 million new cancer cases are diagnosed in Asia every year. Cancer is the leading cause of death and the incidence rates are increasing annually. Due to this, the demand for quality cancer treatments has risen dramatically, which is contributing to the growth of the market. According to Hong Kong Department of Health, ovarian cancer is the sixth most common cancer among women in Hong Kong and in 2014, 563 new cases were diagnosed, and this incidence is expected to rise in the coming years. Thus, the rise in ovarian cancer is driving the growth of the Asia-Pacific ovarian cancer diagnostics and therapeutics market.

Additionally, greater use of combination therapies for the treatment of ovarian cancer, increasing population of aged women, and increase in healthcare expenditure in developing countries are fuelling the growth of the Asia-Pacific ovarian cancer diagnostics and therapeutics market.

China is dominating the market due to increasing incidence of ovarian cancer. It was estimated that 4.29 million new incident cases and 2.81 million death cases of cancer would occur in 2015 in China. The estimated incidence of ovarian cancer is increasing among Chinese women: it has increased by 30% in the last 10 years and the mortality rate has increased by 18%, with 15,000 deaths each year. 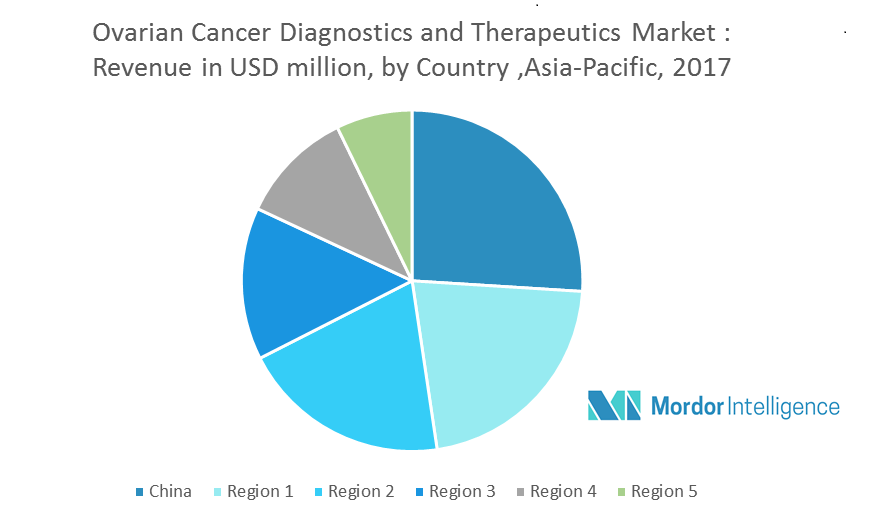