During the past decade, Argentina’s economy faced instability. The inflation rates in the country are the highest in South America, after Venezuela. Since 2010, the inflation rate has remained over 10% and in 2016, it reached 40%. The economic slowdown has affected downstream sectors, negatively. Despite, increase in refining capacity, the refining output declined during 2006-2016. The average utilization rate of the refineries in the country declined from 92%, in 2006, to 77.7% in 2016. 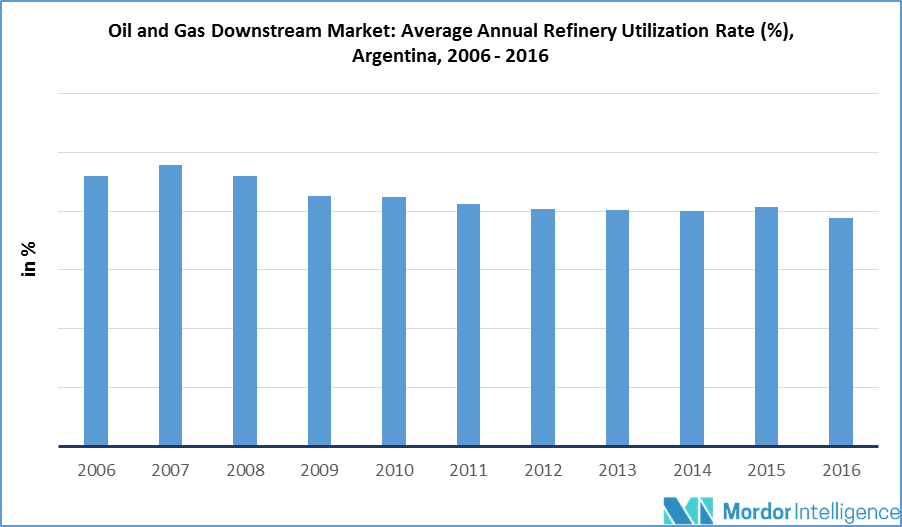 Argentina’s downstream sector, technically, has always been open to investments. But government intervention and ineffectiveness, in the past ten years, has been a major barrier to these investments. However, since 2015, the government is working to put in reforms to normalize the energy sector. Since 2015, the Government of Argentina has been keen on inviting foreign direct investments into the country, to spur economic growth. In order to invite new investment, the government is trying to introduce policies aimed at creating a business-friendly environment. The government has also taken steps to revive the refining business. During 2016, fuel prices in the country, were increased four times, to be in line with the international market, in order to attract investors for the downstream market. The future reforms are expected to focus on allowing the individual downstream companies to set the product prices, to ensure a competitive environment. Hence, the government policies are expected to drive the oil & gas downstream market in the country. But, the unstable economy and high inflation rates are expected to constrain the oil & gas downstream market in the country, during the forecast period.

YPF, a major refining company in Argentina, has announced plans to invest in the oil & gas industry. The investment, in coming years, is expected to reach USD 21.5 billion. Royal Dutch Shell has also announced the plans to invest USD 1.2 billion, by 2020, in downstream projects and shale oil production projects. Growing investments, in the upstream and downstream segments, are expected to drive the market growth during the forecast period.

Reasons to Purchase this report