The South American swine feed market was estimated at USD 13,519.36 million in 2017. The industry is expected to register a CAGR of over 2.50% over the forecast period.

Increased Awareness Regarding Quality and Safety of Pork

Meat and meat products are highly perishable, which means that they require continuous strict quality observation to prevent spoilage and ensure quality control. Meat products can easily get microbial contamination, especially from viral attacks, and that is the main reason for its unacceptance among the consumers. Recent outbreaks of FMD and swine flu have greatly affected the pork market of the South American countries. As pork is widely consumed all over the world, different government bodies, such as USFDA, and the European Union have set some food safety quality standards for the processed and raw pork products in the market. Despite having tight food safety regulations, meat products are found to be contaminated in the market, which has resulted in food safety concerns for the consumers. Use of compound feed with feed additives, such as antibiotics, enzymes, and vitamins, provides balanced nutrition to the animals and protects them against such harmful environmental influences. 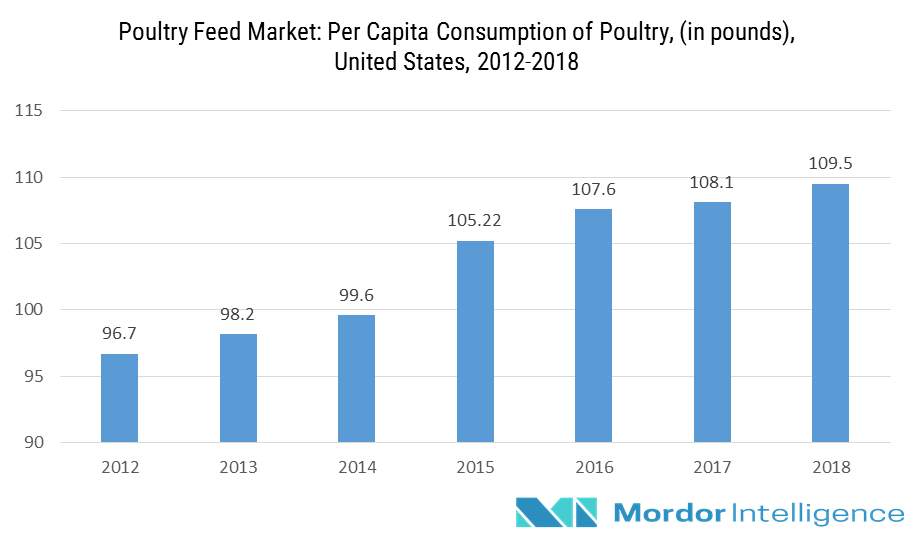 Antibiotics are the drugs that are commonly used by livestock producers to gain profitable outcomes. They are given to swine for three main reasons:  to treat illness, to prevent disease, and to improve nutritional efficiency. For example, pigs that were given antibiotics were shown to have 10-15% less feed requirement to grow muscles, than pigs raised on a traditional diet. Producers of swine feed make use of antibiotics to get higher profits. Though the use of antibiotics on animals increases their productivity, their consumption may lead to severe medical conditions in humans.

In a research, it was found that around 88% of consumers are aware of the use of antibiotics in animals and around 60% of the consumers are concerned about it. In the United States, although antibiotic-free pork used to constitute less than 5% of the sales, this number has increased to 32% in the recent years. The stringent regulations for antibiotic use in the developed regions are continuously affecting the market growth, while in the developing regions such as China and Brazil, the absence of such laws is supporting the market.

Reasons to Purchase the Report: