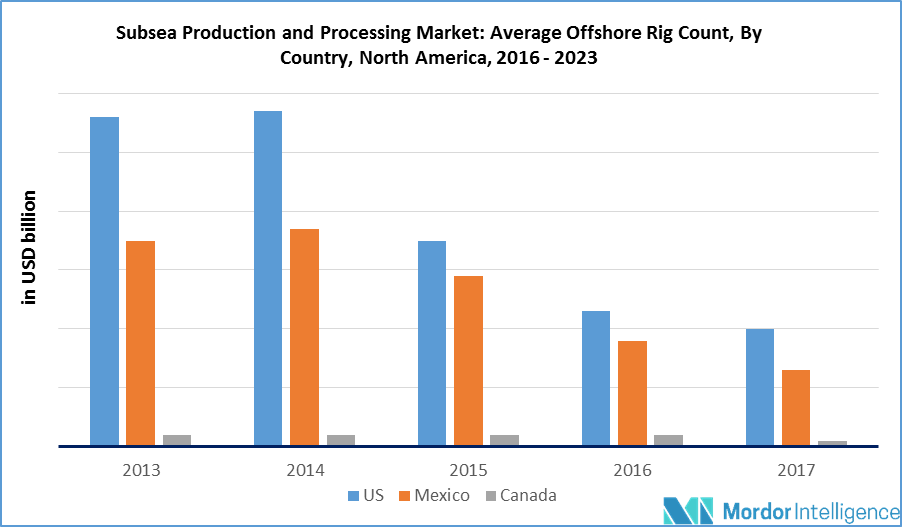 Growing Offshore Activity to Drive the Market in the US

In January 2018, the US government opened the offshore blocks for exploration & production activity, where the upstream operations were previously banned. The neighboring fields to these unexplored blocks have been developed, and hence, significant amount of field data is available, which reduces the uncertainties involved, and in turn, increases the likelihood of the commercial production from these blocks. The government’s policy to allow offshore exploration & production in these blocks is expected to drive the offshore upstream activity in the country. Additionally, as drilling activity was previously not allowed, the subsea oil & gas processing system infrastructure is not available in these blocks. Hence, after the start of the commercial production, heavy investments for the processing systems in these areas are expected to drive the market in the country.