Air pollution has been one of the major political concerns in Europe, since the 1970s. The European Union policy on air quality aims to develop and implement appropriate instruments to improve air quality. Europe, which has mandated companies to employ high-quality AQCS, has the most stringent air pollution control laws for its industrial sector. In Europe, emissions of air pollutants from the industrial sector are regulated under the 2010 Industrial Emissions Directive (2010/75/EU) and the 2001 Directive on the limitation of emissions of specific pollutants into the air from large combustion plants (2001/80/EC). Stringent requirements of these laws are expected to drive the growth of the AQCS market in the European region, during the forecast period. 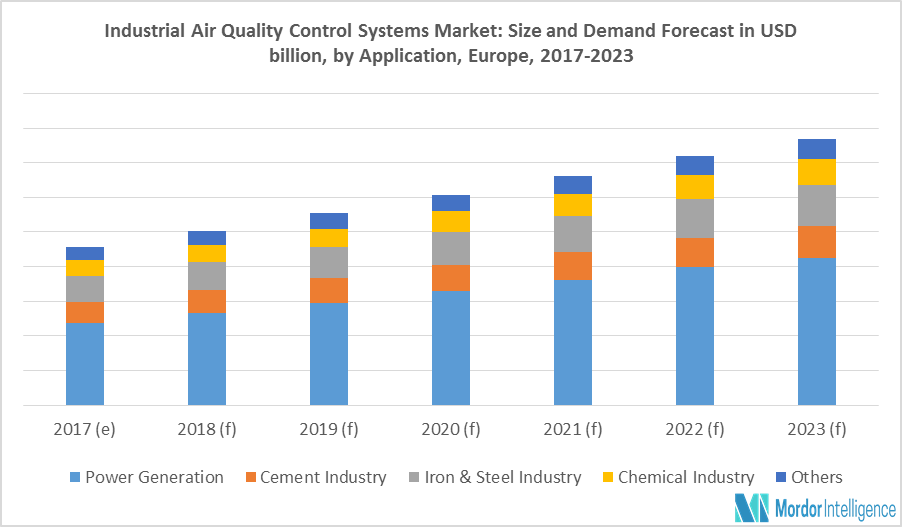 Majority of coal-fired power plants in most of the countries in the European Union are more than 30 years old, and are fitted with air quality control system that does not adhere to the revised emission targets. The current emission regulations are making it necessary for utilities to refurbish and upgrade their plants to meet the strict emission standards. As per the new Industrial Emissions Directive (IED) in EU, all the existing power plants are required to meet the set standards by early 2016. As a result, the majority of coal-fired power plants have been retrofitted with efficient AQCS, to comply with the European Union regulations.

Russia to witness the Fastest Growth in the Market

The Russian Federation is one of the largest greenhouse gases (GHG) emitters and fossil fuel producers in the world. With a significant mitigation potential, it is expected to play an influential role in international climate policy. Industrial emissions are a prominent source of air pollutants in Russia. Russia has established air quality standards, which determine allowable limits for hazardous substances both in the industrial and residential areas. In April 2012, the principles of state policy in the field of environmental development, for the period up to 2030, were approved by the Russian president, defining a comprehensive environmental policy for the country. Therefore, the climate-related concerns are expected to drive the market for air quality control systems in the country, during the forecast period.

This report can be customized to meet your requirements. Please connect with our representative, who will ensure you to get a report that suits your needs.