The Asia-Pacific cybersecurity market was valued at USD 21.538 billion in 2017, and is expected to reach a value of USD 38.448 billion by 2023 at a CAGR of 10.14%, over the forecast period (2018-2023). Cybersecurity has evolved to be an integral part of any organization, as it is crucial in not just protecting the systems, network and data, but also protecting software and servers, eliminating the disruption or misdirection of services.

Companies in Asia-Pacific have been found to be 80% more likely to be targeted by hackers as compared to other regions, owing to ineffective cyber laws and lack of cybersecurity awareness. The growing speed and scope of digital transformation in the region, coupled with the advent of IoT, is leading to existing network infrastructure growing vulnerable to cyber-attacks. Cybersecurity has shown impressive growth in the region, with internet, social media, and mobile users, witnessing a robust growth. The increasing severity of these attacks and stringent government regulations are anticipated to further propel the growth of the cybersecurity market in Asia-Pacific. 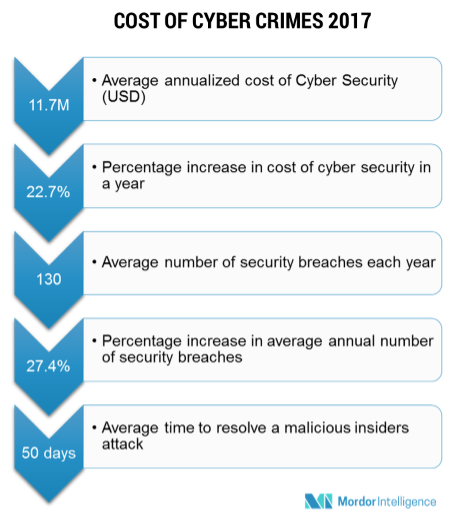 With cyber-attacks on the rise, the number of successful breaches have been observed to increase rapidly. Cyber-dependent crimes can be committed by using computer networks or other forms of information communication technology (ICT). These include the creation and spread of malware for financial gain and hacking to steal sensitive personal or industry data. Ransomware attacks have also increased in frequency and complexity, and now include threats to publish victim data online, as well as the permanent encryption of valuable data.

APAC is noted to be an ideal region for cybercrimes, owing to the rising digital connectivity, growing cross-border data interactions, weak regulations and low cybersecurity awareness. On an average, APAC lost around USD 81 billion to cyberattacks in 2016. Further, mobile fraud is driving these costs upward, since the cost of online fraud is higher on mobile platforms than through conventional forms of payment.

Network Security is Expected to Dominate the Market

Network security protects the organizations’ IT infrastructure from different types of cyber threats, such as viruses, zero-day attacks, worms, and Trojan horse attacks, hacker attacks, denial-of-service attacks, spyware, and adware, among others. The rise in the number of cyber-attacks in Asia-Pacific has spurred the demand for network security solutions. Asia-Pacific encountered the highest number of cyber-attacks in 2016, as compared to the rest of the world. The region also led the world in ransomware threats during the first half of 2017, accounting for about 35% of all ransomware attacks being detected globally. 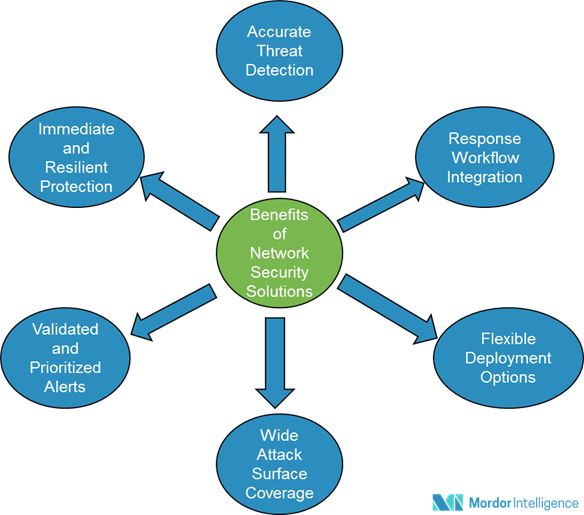