Brazil dominates the South American oil & gas sector. To raise investments in exploration & production activities, Brazil has introduced liberal policies, thereby inviting the operators from the private sector. The governments of other countries, such as Argentina, Ecuador, and Colombia, are also encouraging investment in the oil & gas sector. The offshore activities in other countries, such as Guyana, Colombia, and Trinidad & Tobago, are expected to gain momentum. The growing investments are expected to drive the drilling activity in the region, in turn supporting the growth of the drilling waste management services market during the forecast period.

Liberalization of the Oil & Gas Industry to Drive the Market

To attract investments in oil & gas industry, South American countries are undertaking steps to liberalize the market. In Ecuador, the oil exploration & production blocks (E&P) were opened for bidding in January 2018 and offered with new terms. According to the new terms, producers will be paid with oil, which then they can sell to the local refineries. The new terms allow the producer to benefit from volatility in oil prices. In Brazil, previously, only Petrobras controlled the oil & gas production. Currently, the country allows private operators to explore and produce from the oil & gas reserves. In Argentina, since 2015, the government has enrolled business-friendly policies to support the influx of investments in the oil & gas sector, to spur economic growth. The liberalization of the market is expected to drive the investments in upstream oil & gas industry, in turn driving the market’s growth.

During 2015-2017, three major oil discoveries were made in Guyana. All of these are deepwater discoveries, and cumulatively, estimated to hold about 2 billion barrels equivalent of oil and gas, which has made Guyana's offshore fields one of the most promising deepwater plays in the world. The major operating companies in the region, such as Repsol and Tullow Oil, have announced plans to develop the blocks. During 2018, five oil wells are expected to start the production and produce 120,000 barrels of oil per day. The Government of Guyana has also announced an investment of USD 500 million, to build processing facilities and oil services base, to encourage offshore activities. With increasing investments in the oil & gas sector and assistance from the government, the upstream industry in Guyana is expected to register significant growth, thus boosting the market in the country. 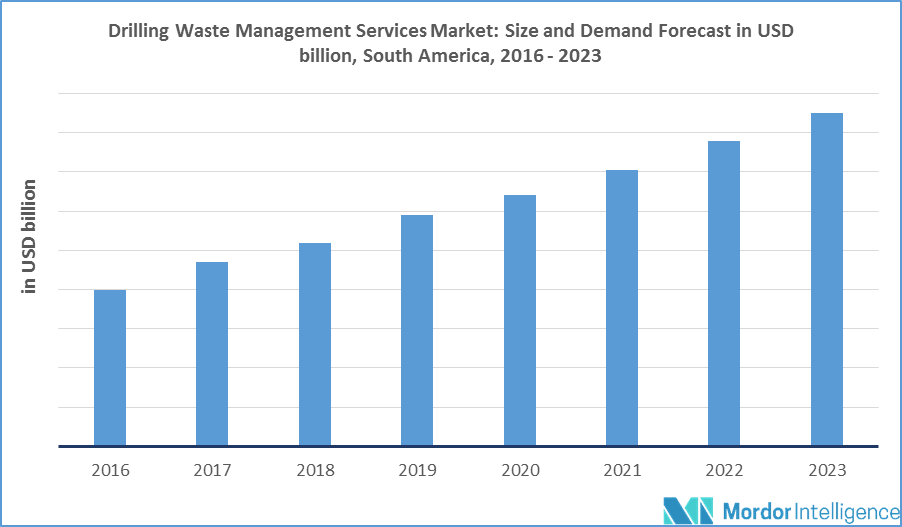