Flame retardant chemicals are commonly used in building materials to meet the important fire safety standards and codes. Flame retardant chemicals increase the threshold temperature of the material, at which it catches fire, and reduce the rate of spreading of fire, along with providing the critical time required to escape from the surroundings. The United States, which has the largest construction industry in North America, is growing at a steady rate with the commercial construction expected to rise by 2% in 2018. The office space market in the country is estimated to grow by almost 10% in the next few years. Additionally, the rise in home sales, coupled with the demand for office furniture, is creating the demand flame retardant chemicals in the country. 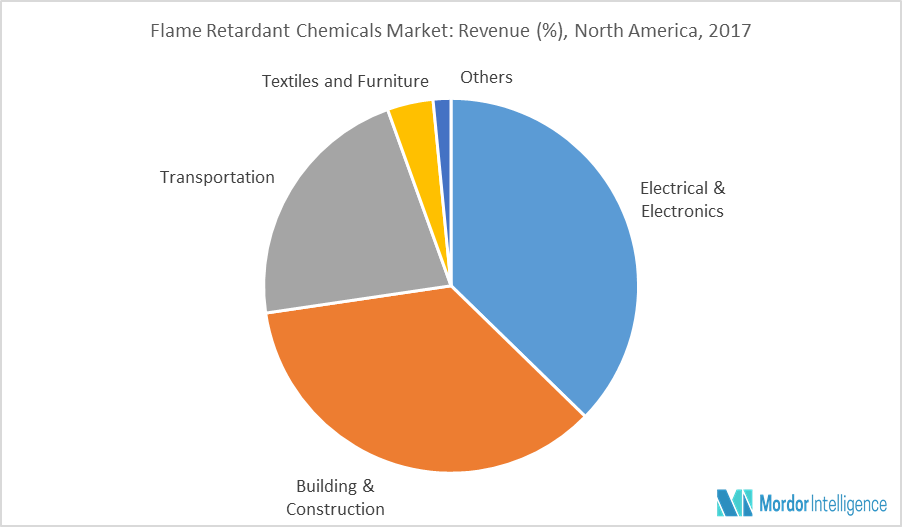 United States to Dominate the Market

In 2017, the United States held the highest market share, accounting for more than 80% of the market. The infrastructure modifications are expected to encourage the growth of the repair construction activities at a quicker pace in the region. The gradual growth of the commercial sector, primarily office space construction, is likely to have a positive impact on the market. Moreover, the country is the second-largest producer of automotive vehicles in the world. The production has recorded a robust growth since the past five years and the sales of automotive vehicles have been increasing at a constant rate. The United States is the second-largest economy for electronics in the world, with the demand for consumer electronics growing rapidly. This demand is expected to contribute to the growth of the market.