The increasing number of industry released contaminants in the form of particulates, gases, vapors, or even aerosols, which has led to a rise in the environmental concerns to reduce the emission levels. To combat all these forms of pollutants, technological advancements have enabled the production of air pollution control devices. Environmental regulations have been released, and in some countries, mandates have been imposed upon the industries, to regulate emissions that could potentially harm the environment. Moreover, the players in the industry have adopted the imposed regulations and mandates, and have come up with their own internal regulations for controlling emissions. New strategies have been implemented, and machineries have been updated to comply with the latest regulations. These regulations are expected to increase the need for air quality control systems, globally. 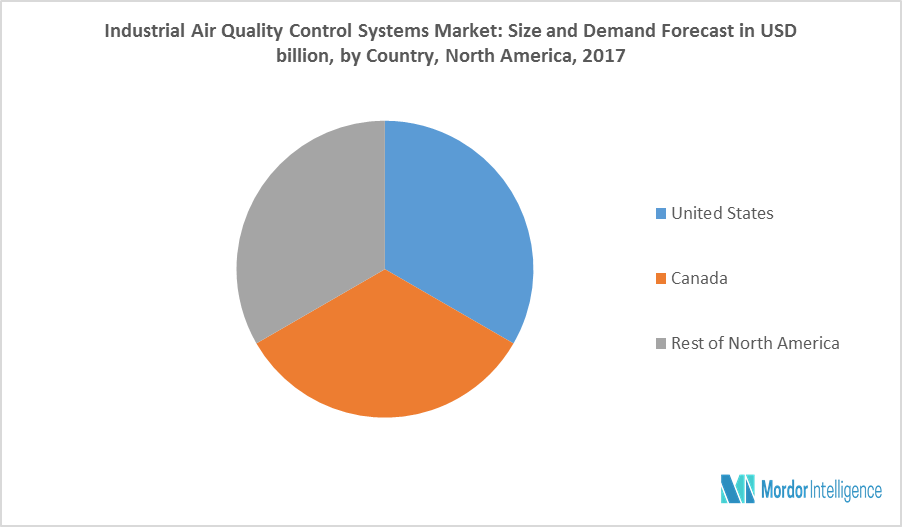 Air pollutants in the form of particulates, gases, vapors, or aerosols have been increasing noticeably with the growing number of industries. Due to the increasing air toxins from the industries, air quality control regulations have increased globally. The industrial sector in North America is expected to grow marginally during the forecast period. The industrial sector is concentrated in the United States and spread out in other countries, such as Canada and Mexico. Mexico exports most of the industrial produce, hence the number of industries in the country is expected to grow at a healthy rate, during the forecast period. In addition, the industries in the United States are likely to revive, due to the government’s intention to the ban automotive import from Mexico. Due to the increasing environmental concerns, these industries have to comply with the global emission regulations, which has created the market for air quality control equipment used in industrial installations. Hence, with the increasing industrial establishment, the demand for industrial air quality control systems market is likely to increase in the region, during the forecast period.

Increasing Policy Initiatives to Support the Market in Canada

The increase in the Canadian population and economy is a major factor contributing to the surging demand for the production and delivery of goods and services, transportation, and housing. The Canadian government is taking actions to reduce the levels of air pollution. Pollutants released into the atmosphere are subjected to many regulations, which have been formulated and implemented under the authority of the Canadian Environmental Protection Act, 1999. These regulations aim to limit the amount of pollutants released into the air, each year.

In 2013, strict standards for PM2.5 and O3 were established, and in October 2016, new standards for SOx were endorsed and announced by the Canadian Council of Ministers of the Environment. Moreover, in 2016, as a part of the federal government's contribution to the implementation of air quality management system (AQMS), the Canadian government introduced the multi-sector air pollutant regulations. These regulations established the first-ever mandatory national air pollutant emission standards for major industrial facilities in Canada.