Growing Applications of Carbon Nanomaterials in the Electronics & Optoelectronics Industries

The most promising applications of non-polymeric organic nanomaterials are in electronics and optoelectronics. Nanomaterials are employed in sensors, hard disk storage in computers, semiconductors, transistors, displays, flash memory chips for iPods, etc. These materials are also used in manufacturing batteries and capacitors that are smaller and lighter than traditional batteries. The expanding electronics industry in Asia-Pacific and North America, driven by the growing demand for new technological devices, is expected to bolster the demand for non-polymeric organic nanomaterials across the globe.

The Carbon Nanotubes Segment to Dominate the Market 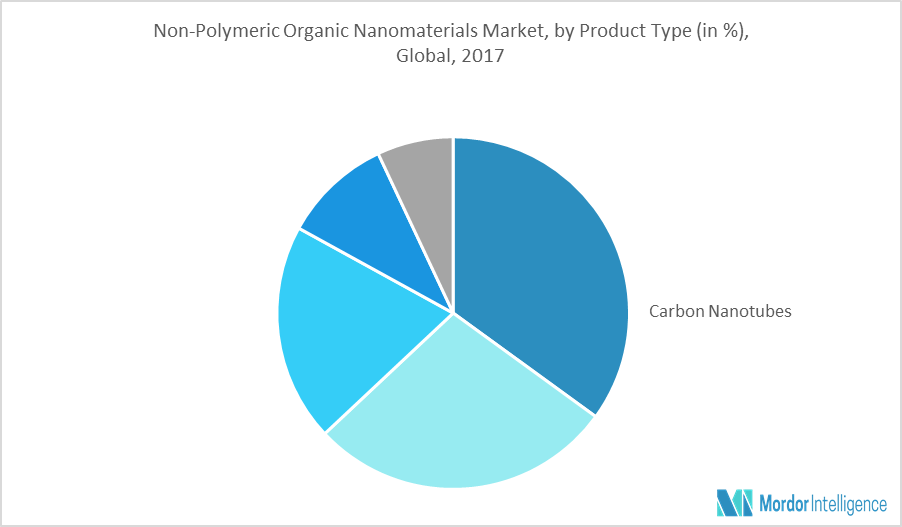 The United States is one of the largest markets for non-polymeric organic nanomaterials and accounts for the major share of the North American segment. The growing end-user industries, such as automotive, aerospace, healthcare, electronics, and energy industries in North America are continuously fueling the demand for the non-polymeric organic nanomaterials market. This trend is expected to escalate over the forecast period.