The Egypt polyurethane market is expected to register a CAGR of about 4.53% during 2018-2023 (the forecast period). Foam is the largest segment dominating the market and is likely to continue its dominance during the forecast period

Construction Industry to Boost the Demand for the Polyurethane Market

Polyurethane is a polymeric plastic, which is formed by the combination of alcohol and isocyanate. Unlike most other plastics, polyurethane is directly made into the final product, instead of reshaping, followed by manufacture. The final properties of the product are dependent on the initial constituents. Rising construction activities in the country, primarily infrastructure projects, are likely to have a positive impact on the Egypt polyurethane market. Initiative by the president to boost the infrastructure projects in the country is also likely to fuel the demand for polyurethane market in the country.

Polyurethane has wide range of applications and is used in various end-user industries such as construction, automotive, electronics, footwear etc. It is widely used as foam in automotive, construction, electric appliances etc.  Recovery of commercial vehicle production in the country is likely to boost the demand for polyurethane foams market. Additionally, increasing consumption of electronic products is also likely to have a positive impact on the market. 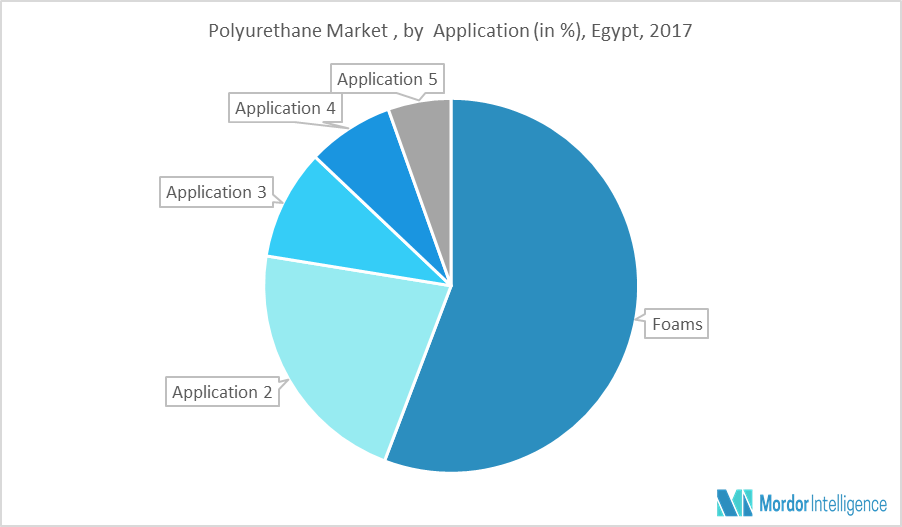