Environmental and Health Concerns Regarding Brominated and Other Halogenated Flame Retardants

In 2017, China held the highest market share, accounting for a major chunk of the Asia-Pacific market. China is one of the major countries in Asia-Pacific, with ample construction activities being supported by the growing economy. Despite the volatile growth in real estate sector, the significant development of rail and road infrastructure by the Chinese government to withstand the growing industrial and service sectors has resulted in a significant growth of the Chinese construction industry in the recent years. As the construction industry is dominated by state-owned enterprises, the increased government spending is boosting the industry in the country. Apart from that, the growing electronics and transportation industry in the country are also expected to propel the demand for non-halogenated flame retardant chemicals during the forecast period. 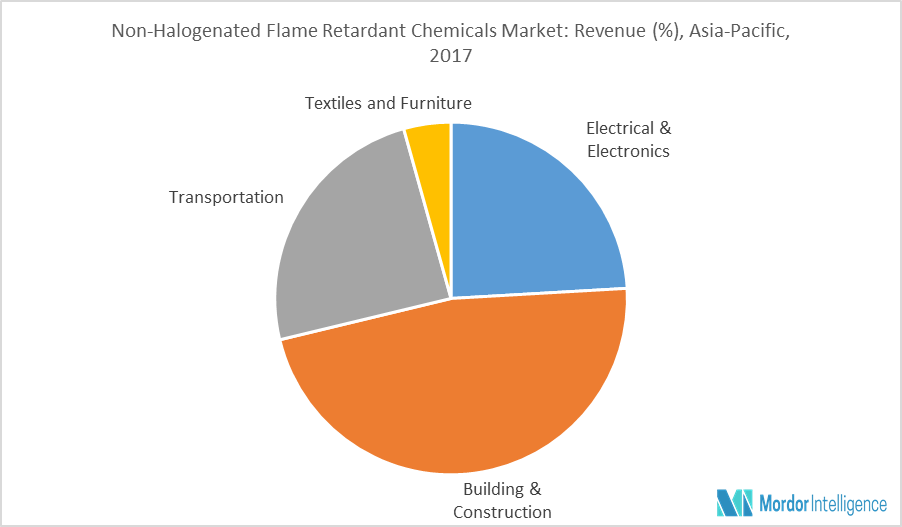