Asia-Pacific is expected to dominate the demand for industrial air quality control systems during the forecast period, due to factors, such as the rising construction activities leading to the growth of cement industry, increasing coal-based power generation, and anticipated expansion in the oil & gas sector activities in the region. China dominated the air quality control system market across Asia-Pacific in 2016, and is expected to have the largest market share during the forecast period. The strict emission regulations, coupled with high growth rates experienced in the power generation, cement manufacturing, and chemicals and metal processing industries, is the major factor driving the demand for air quality control systems in China. 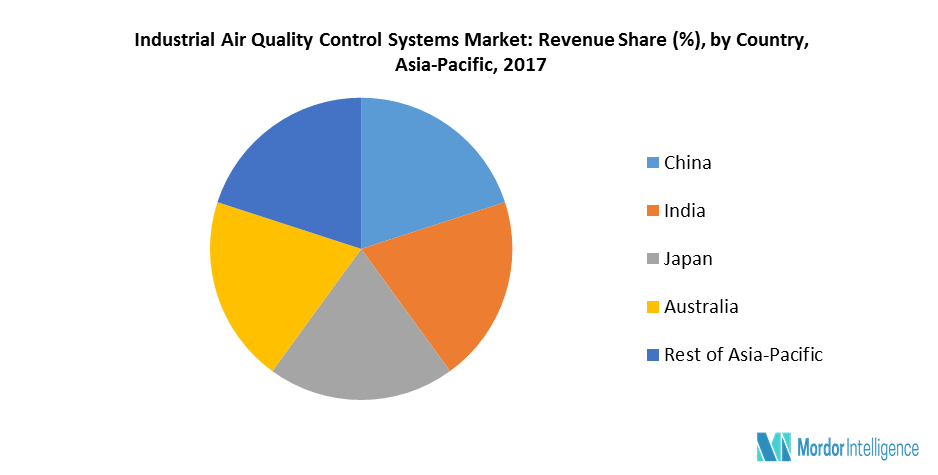 The cement industry is one of the major polluting industries in the world, and the major pollutants emitted include particulate matter, SO2, and nitrogen dioxide. Increasing construction activities across the globe, mainly in developing countries of Asia-Pacific, are expected to escalate the demand for cement in the near future. Moreover, the increased focus on environmental resilience, technological advancements in emission control solutions, and augmentation of cement production are likely to promulgate the AQCS market during the forecast period.

Cement manufacturing is vital for the growth of the Australian economy. Increasing investments and industrial activities, due to the rapid population growth, are likely to augment the demand for cement manufacturing in the country. According to the Cement Industry Federation in Australia, the cement industry is responsible for about 7.2 Mt per annum of greenhouse gas emissions. This is expected to further escalate the demand for air quality control systems in Australia.

Increasing Emission Regulations to Support the Market in India

Since the introduction of the Air Prevention and Control of Pollution Act in 1981, India has been focusing on controlling the rising levels of air pollution. The increasing rate of coal consumption, illegal mining operations, and less efficient industrial processes have led to the deterioration of air quality in India. The country has also been witnessing growth in the industrial sector, driven by the government’s “Make in India” campaign, which adds to the need to install air quality control devices as per the CPCB standards. As per the 2020 Climate Action Plan, India aims to reduce the emission intensity of its GDP by 33-35% by 2030, from the levels recorded in 2005, and boost clean energy sources to 40% in the power generation mix.

The emission regulations and the revision of ambient air quality standards are escalating the demand for air quality control systems, thereby creating a market for both national and international players to compete. Moreover, due to the growing need to balance the economic growth (which is an obvious reason behind the rising pollution levels) and increasing efforts for emission reduction in India, huge investments are expected in the air quality control technology during the forecast period.